skip to main | skip to sidebar

Send your own ElfYourself eCards
Posted by StitchExp626 at 3:38 AM No comments:

Send your own ElfYourself eCards
Posted by StitchExp626 at 3:34 AM No comments:

It is a sad day for the Lost community, the Lost-Theories site has now shut its doors and has closed 4 good.

THe site was originally established by Jeffrey Croft, it was a pioneering effort that aimed to create a web site that was self moderated. Every member on the site had the ability to be a moderator by the use of flagging theories. So if a theory was flagged as "offensive" then it would be moved to that area if it was also flagged as such by several other different members.

It was a grand idea and if it had have worked it would have meant a real revolution in running internet forums.

What happened was internet trolls. Trolls who would create multiple usernames and would use the flagging system to anatgaonise others, eg by logging and flagging theories that were not offensive by using their various usernames.

So the self moderating site failed and the site was closed down.

Then a new owner JJ brought the site back and made some changes, one was to introduce moderators to the site. The moderators seemed to adopt a low key approach, stepping in when rules were broken. Most of the members seemed to respect what the moderators would say.

However, one member after being warned many times about his on-line attitude and behaviour kept pushing the limits. This person was banned and so instead of just moving on, he began that typical trollish behaviour of creating masses of fake usernames.

This person started an on-line war with the site's owner. The site's owner had enough and has decided to shut down the site permanently.

It is gone but JJ deserves thanks for giving the Lost-Theories site a 7 month reprise, that it would not have had if it were not for him.
Posted by StitchExp626 at 1:34 PM 4 comments:


Jacob's list is a list of names that Ben has received from Jacob and it appears that on this list are the names of some of the survivors of Oceanic Flight 815. We know that the two children Zach and Emma are on that list. We also know that Kate and Jack were not on the list. At first it seemed to be the case that this list had something to do with some moral quality of the individuals. Tom gave reasons why people were not on the list, but does even Tom or Ben actually know what the list of names is really about? My guess is no.


With lots of speculation about where the island has gone to, some say back to the days of the Dharma Initiative, it has occurred to me that Jacob's list may be the most important document of all. What if the list of names on Jacob’s list is a list of the names of the hostiles, the group that were fighting the DI? Or even people on the island. I think it would be safe to say that Ben was on Jacob's list, as is Emma and Zach and also Tom and Juliette.


Well we know that Ben is off the island teaming up with Sayid to kill people and with Jack trying to help get all of them to go back to the island. We also know that Tom is past his use by date. Emma and Zach we hope are safe in this mysterious Temple and Juliette was last seen having a drink with Sawyer on the beach.

I think that the death of Alex was a big shock to Ben, not because of her being his daughter, as we know that Alex was not his biological daughter anyway, but because her name was on Jacob's list. Another interesting problem was why Danielle Rousseau was left alone for so many years on the island, free to build her traps and draw crazy maps; well I think Danielle was also on Jacob's list. I think that Ben believes that the people on Jacob’s list cannot be killed and that is the rule that has been broken.

So why kill Danielle and Alex? Why send Ben off the island? Why was Tom also allowed to die? Because their names were on Jacob's list. If the island goes back to the Dharma days we would expect to see the arrival of a French group with a very pregnant Danielle and her love Robert and would expect to see the birth of the beautiful baby Alex. That would be a nice scene. But if Danielle and Alex had not been killed in the ambush, and if they travelled with the island then there would be two Danielle's and two Alex's on the island at the same time. This would be a problem. But by having them dead then we do not have that problem.

The same applies for Ben, if he too was on the island when it moves to the past then there would be a little Ben and a big Ben on the island. So he is sent to the future to avoid this situation. Tom is in the same boat as Danielle and Rousseau.

The likes of Juliette, Sawyer, Zach and Emma are fine as they came to the island in recent times. So they have no younger counterparts on the island in the past. I think that the list that Jacob has given Ben is a list of those people on the island that are important in the purge of the DI.

Does Ben know what the names on Jacob's list means, I would say no. I think that he believes the names are the chosen ones because they have some great character strengths. And I think Ben is probably impressed by Jacob's all knowing ability when he saw the names of Emma and Zach on the list. Jacob had great powers to foresee the survivors of a crash because their names were already on the list. However if Jacob wrote the list in the past, then he knows who will be coming back from the future.


Why did Ben want a list of names from Goodwin and Ethan, to see if any of those names were also names on Jacob's list? It is interesting that Ben chose Sawyer as one of the four people that he asked Michael to bring back. Hurley was a messenger and he was sent back to the camp very quickly. Jack was brought to perform the operation. Kate was brought to put pressure on Jack to do the operation, but she was never really badly treated. Sawyer was brought there and he was hit and attacked and put in physical danger quite often. I believe that Sawyer was also on Jacob's list and Ben believes that these people are protected from harm. Also accounts for his passive responses when he himself is beaten up, he believes that being on Jacob's list provides him safety as well.

I believe that Juliette Burke was also on Jacob's list and that is why she was searched for and recruited and Ben was happy as Jacob provided him with a an attractive woman on the island who looks similar to his own mother.

However Ben's understanding of Jacob's list was flawed. If there was any protection given to people on the list, it was given to those who arrived on the island recently. The names on the list like Danielle, Alex, Tom and Ben are people who could not travel back with the island to earlier days because they would meet their younger selves. So Ben got off lightly being banished.

I think Jacob's list is just the names of the people on the island. In order to get to the point where the island was moved, all of the names on the list that do travel back had to be there. So I assume that the names Daniel, Charlotte and Miles are also on the list! And this could account for Ben shooting Charlotte and not being surprised that she did not die. Ben thought it was because of some protection that being on the list gave, but the reality is that she doesn't die because she does go back with the island. The protection comes from the fact they did go back when the island was moved, and that meant that whatever happened to them they did survive their time on the island up until that point.
Posted by StitchExp626 at 2:46 PM No comments:

Yet we see him at an auction room buying the journal from the Black Rock. What information could possibly be contained in that book that Widmore doesn't already know from being on the island?

If Ben and Widmore are in the same postion as each other, and they are both exiles that are looking to return to the Island, then I think we may have some clues as to why Widmore was at the auction.

During season 4 we were told very strangely that the island will not let you die while you have work to do. Evidence of this was provided through Michael and also through Jack's attempted suicide off the bridge. Something steps in and prevents the death from ocurring. Also in the finale we were told that all of the Oceanic 6 and dead Locke need to go back in order for any to go back.

Obviously Ben sees this as a way for him also to get back to the island.

Obviously these people would be long dead, you would assume, or pehaps the island is keeping them alive while they have work to do. I would imagine that if Widmore can track down these people then they would have a similar ability to return to the island like the Oceanic survivors do.

I think that Ben's hitlist might be the survivors of the Black Rock and/or their descendants. Maybe the descendants also have the same power as their forbears. Or does the island prevent people from aging too much while they have work to do?

I think that both Ben and Widmore are applying the same strategy. Why was Locke killed? I think arranged by Widmore to prevent Ben getting back to the island.

Once they get back then I guess it is control of the island that they both want. Obviously the island has even more power and purpose than we have been shown up until now.
Posted by StitchExp626 at 7:24 PM No comments:

PS Happy Birthday
Posted by StitchExp626 at 6:35 AM No comments:

If you are interested in discussing Lost Theories, then this site is one that is friendly, welcoming and intelligent!

So go to the Losties site, have a look around and if you like what you see then become a member and start posting.

Hope to see you there soon!

Do you read the Lost Spoilers? 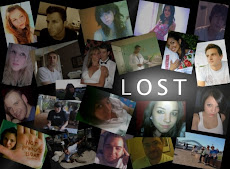